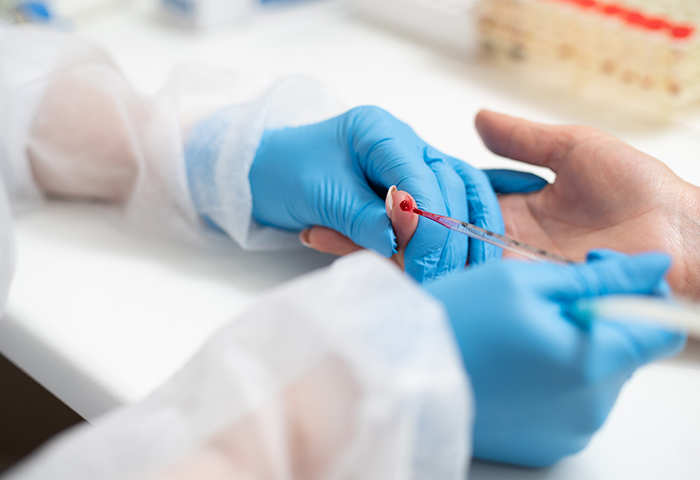 Serology is the scientific study of serum and other bodily fluids. In practice, the term usually refers to the diagnostic identification of antibodies in the serum. Such antibodies are typically formed in response to an infection (against a given microorganism), against other foreign proteins (in response, for example, to a mismatched blood transfusion), or to one's own proteins (in instances of autoimmune disease). Serological tests may be performed for diagnostic purposes when an infection is suspected, in rheumatic illnesses, and in many other situations, such as checking an individual's blood type. Serology blood tests help to diagnose patients with certain immune deficiencies associated with the lack of antibodies.

Serologic tests are blood tests that look for antibodies in your blood. They can involve a number of laboratory techniques. Different types of serologic tests are used to diagnose various disease conditions. Serologic tests have one thing in common. They all focus on proteins made by your immune system. This vital body system helps keep you healthy by destroying foreign invaders that can make you ill. The process for having the test is the same regardless of which technique the laboratory uses during serologic testing.

Antigens are substances that provoke a response from the immune system. They’re usually too small to see with the naked eye. They can enter the human body through the mouth, through broken skin, or through nasal passages. Antigens that commonly affect people include the following:

The immune system defends against antigens by producing antibodies. These antibodies are particles that attach to the antigens and deactivate them. When your doctor tests your blood, they can identify the type of antibodies and antigens that are in your blood sample, and identify the type of infection you have. Sometimes the body mistakes its own healthy tissue for outside invaders and produces unnecessary antibodies. This is known as an autoimmune disorder. Serologic testing can detect these antibodies and help your doctor diagnose an autoimmune disorder.

A blood sample is all that the laboratory needs to conduct serologic testing. The test will occur in your doctor’s office. Your doctor will insert a needle into your vein and collect blood for a sample. The doctor may simply pierce the skin with a lancet if conducting serologic testing on a young child. The testing procedure is quick. The pain level for most people isn’t severe. Excessive bleeding and infection may occur, but the risk of either of these is low.